A short explanation on the differences between than and then.

Confusing words that sound alike is not uncommon in English. A good example for that would be the misuse of the word pair then/than. They sound similar, they differ only by one letter, but they are used completely different. Let us have a look:

The word "then" indicates a time (in the past, present or future), a time marker or a sequence of events.

Tip: If you replace the word "then" with the word "next" the sentence should still make sense.

"Than" is used in comparative sentences or statements.
When you are doing a comparison (could be size, price, number, etc.) you should use the word "than".

Examples:
Tip: If you replace the word "than" with the phrase "compared to" the sentence should still make sense. 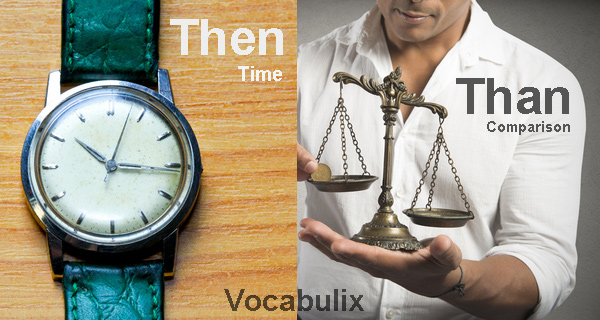